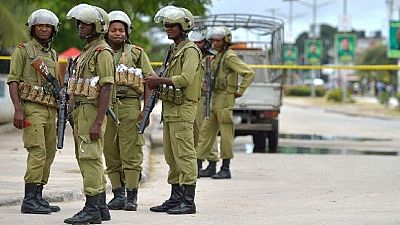 The Police Commissioner in charge of the investigation, Nsato Mssanzya said at a press conference on Friday that the four suspects were shot early Friday morning during a manhunt.

The deceased policemen were reported to have been ambushed during a patrol operation in the town, killed and their weapons stolen, leaving one officer injured.

Commissioner Mssanzya said four guns have been recovered from the suspected killers including two which were stolen from the deceased policemen, and the operation is ongoing to arrest the perpetrators “dead or alive”, local media The Citizen reported.

The Inspector General of Police Ernest Mangu launched a thorough investigation Thursday night to bring the perpetrators to book.

President John Magufuli has condemned the killing of the policemen and called for a swift investigation.

This attack is the latest in a series of attacks by gangs targeting politicians and security officials. In 2015, gunmen attacked the Ikwiriri Police Station in Tanzania’s coastal region killing two police officers and stealing guns and ammunition.