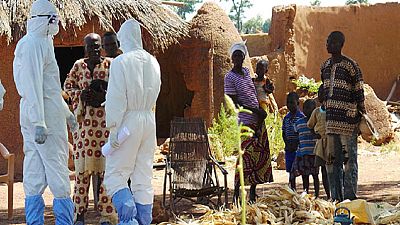 Benin’s Health Ministry declared on Friday the end of the Lassa haemorrhagic fever epidemic that claimed the lives of two people in February.

“I declare today, Friday, April 14, 2017, the end of the current episode of the Lassa haemorrhagic fever epidemic,” Minister of Health Dr. Alassane Seidou said in a statement.

Only the two fatal cases were recorded but the Beninese authorities declared it an epidemic to have the maximum means to prevent the spread of the virus.

The 90 people who had been in contact with the two infected persons developed no symptoms during the 21 days prescribed by the World Health Organization (WHO), which led to the declaration of the end of the epidemic.

The two fatal cases were recorded in the Borgou district in the center-east of the country, bordering Nigeria which is struggling to eradicate the Lassa virus.

89 people died in 23 states of Nigeria between August 2015 and May 2016 after the outbreak of the fever, according to the WHO.

In the Nigerian state of Bauchi (north), The virus has killed three people in the northern state of Bauchi since the beginning of the year, and a new case was reported in early April in Kogi in the center, Nigerian health officials reported.

Lassa fever is an acute viral haemorrhagic illness caused by Lassa virus, a member of the arenavirus family of viruses.

It is transmitted to humans from contacts with food or household items contaminated with rodent excreta. The disease is endemic in the rodent population in parts of West Africa.