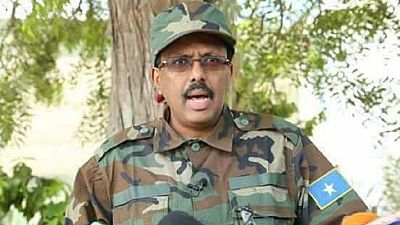 Somalia’s President Mohamed Abdullahi Mohamed Farmaajo has reportedly invited insurgent group Al Shabaab to come to the negotiation table barely a week after he declared a war on them.

A Voice of America (VOA) journalist, Harun Maruf, has reported that President Farmajo presented two options to the militants – negotiations or a face-off which will see him eliminate them within a space of two years.

“The President offers amnesty to the brainwashed youth and pledges education and job opportunities for them if they renounce violence,” a statement from the presidency said when Farmaajo last week declared war with Al-Shabaab.

The President offers amnesty to the brainwashed youth and pledges education and job opportunities for them if they renounce violence.

BREAKING: Pres Farmajo says he is willing to negotiate w/ Al-Shabab leaders, vows to defeat the group within two years if they reject peace.

Since the declaration of war, the militants have stepped up their attacks on installations in the country, killing over 20 people in less than a week. The most recent attack was in Mogadishu where a bomber disguised in military uniform killed five soldiers and wounded several others.

Security has been at the top of the president’s agenda since winning elections earlier this year. Under his tenure as Prime Minister years ago, Al Shabaab took over the capital Mogadishu. The group has denounced his ‘threats’ and vowed to continue with their attacks.

Al-Shabaab has been fighting the Somali government and African Union peacekeepers for years with the aim of implementing Sharia – Islamic law – in the country. They currently hold parts of the country. 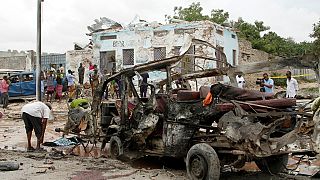