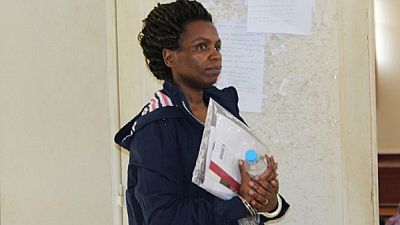 A court in Kigali on Monday ordered the provisional release of the wife of exiled Rwandan opposition activist accused of “forming an illegal armed group,” a lawyer said on Tuesday.

The judge of the Gasabo court in Kigali “provisionally released” Violette Uwamahoro, who has dual Rwandan and British nationality, her lawyer Antoinette Mukamusoni said on Tuesday.

Ms. Uwamahoro is expected to go home in the day, the lawyer added.

According to a human rights observer present at the hearing on Monday, the judge at the Gasabo court held that the testimony of her co-accused contained “contradictions”.

Mrs. Uwamahoro is the wife of Faustin Rukundo, a senior official of the Rwandan National Congress (RNC), an exiled opposition party formed by former allies of President Paul Kagame who are regarded as “terrorist”.

Resident in the United Kingdom since 2004, she had traveled to Rwanda to attend her father’s funeral, and according to her husband she went missing February 14.

Staying in the UK, he had denounced the “abduction” of his wife by the Rwandan intelligence services and linking her to his own political activities.

It was not until March 3 that the Rwandan police announced that it had detained Mrs. Uwamahoro and suspected her of “serious crimes”.

Violette Uwamahoro is accused, along with her cousin Jean-Pierre Shumbusho, a policeman in Kigali, of “forming an illegal armed group”, “an offense against the government or the president of the Republic” and disclosing “secrets of State”.

According to her lawyer, Mrs. Uwamahoro is accused of asking her cousin to reveal “information about state security” and “to go to Uganda and form an armed group to attack Rwanda”.

At a first hearing on March 23, Mr. Shumbusho acknowledged the charges while Mrs. Uwamahoro rejected them.