Why Africa is less happy than the rest of the world 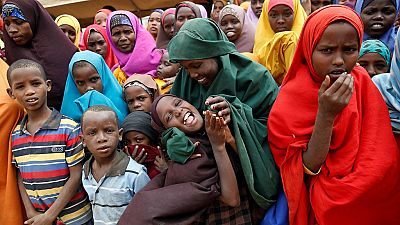 As part of the celebration of the International Day of Happiness on March 20, the United Nations released the 2017 World Happiness Report and Africa is less happy than last year.

These are the variables used to measure global happiness level since the survey was launched in 2012 using data from the *Gallup World Poll.

47 of the 166 countries in the *Gallup World Poll are African countries and 44 made it on the happiness ranking measured on a scale of 0 to 10, with 10 indicating greatest happiness.

In all, 155 countries with available data were surveyed including 44 African countries.

Algeria led as Africa’s happiest country but lagged at 53rd in the world where Norway is ranked the happiest followed by Denmark, Iceland, Switzerland, Finland, Netherlands, Canada, New Zealand and Sweden.

The story was different last year when Algeria led as Africa’s happiest and 38th in the world with Denmark being the happiest globally.

The Central African Republic returned to the surveyed group this year and took Burundi’s position at the bottom. 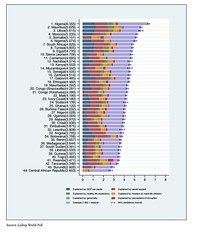 “Africa’s lower levels of happiness compared to other countries in the world might be attributed to the disappointment with different aspects of development under democracy,” the report said, adding that “although most citizens still believe that democracy is the best political system, they are critical of good governance in their countries.”

The report also attributed slow infrastructure and youth development to population pressure while acknowledging the significant improvement in meeting basic needs according to the Afrobarometer index of ‘lived poverty’.

“African people demonstrate ingenuity that makes life bearable even under less than perfect circumstances … African people are essentially optimistic and this optimism might serve as a self-fulfilling prophecy for the continent.”

What if Africa looks to its youth to realise the continent’s dreams of prosperity? What if the African youth’s confidence in their future and their entrepreneurial spirit were to be matched by substantial investment in their development? Then, no doubt, African countries would join the ranks of the world’s prosperous and happy nations. – the report advised.


*The Gallup World Poll was introduced in 2005 and surveys approximately 1,000 residents per country, targeting the entire civilian, non-institutionalized population, aged 15 and older.

In 2016, face-to-face surveys were used in all of Sub-Saharan Africa and most of North Africa. In Libya, telephone survey methodology has been used since 2015.

The Gallup World Poll is translated into 85 languages throughout Africa and attempts are made to conduct interviews in the language the respondent speaks most comfortably.