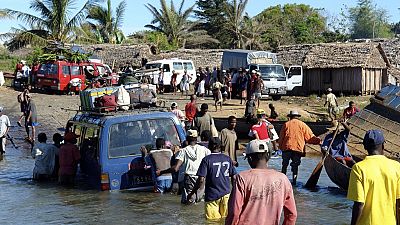 At least five people have been killed when Cyclone Enawo, with a wind of up to 300 km per hour, slammed into the India ocean Island of Madagascar.

The Cyclone on Tuesday hit northeast coast of the island, destroying roads and cutting off communication’s lines to the Antalaha district which host about 230,000 residents.

Although it was 100 km away from the capital city, the cyclone caused major disruption. The streets of the region were empty as people stayed indoors.

We will do our best with our own resources, but we will make an emergency declaration if necessary, if the damage will be significant.

Prime Minister Olivier Mahafaly has ordered companies to let employees stay in their homes to avoid the danger of rising water and landslides.

He stated that Emergency assistance including tents, food and small boats was ready to be sent to the affected areas once the storm cleared.

“We will do our best with our own resources, but we will make an emergency declaration if necessary, if the damage will be significant,” he said.

Tropical Cyclone #Enawo has made landfall in NE #Madagascar. USAID staff & supplies are in position & ready to assist when conditions allow pic.twitter.com/y2bReLuggn

By late Wednesday, it had been downgraded from an intense tropical cyclone to a tropical storm with winds gusting up to 130 kph as it headed toward the capital Antananarivo.

According to officials, about 500 people took shelter in a sports hall after the Andriantan y canal, which drains waste water from the city, overflowered.