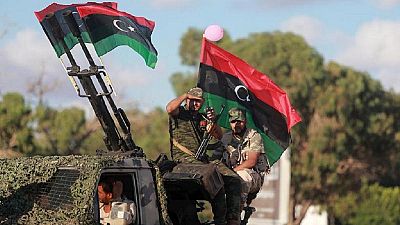 A group of Libyan militias entered the capital Tripoli this week and said they were creating a “Libyan National Guard”, to the alarm of the country’s unity government and Washington.

The Libyan capital has been controlled by dozens of militias with shifting loyalties and territories since the overthrow of dictator Moamer Kadhafi in 2011.

According to AFP, Mahmud Zagal, a militia commander from Misrata, on Thursday announced the creation of the “Libyan National Guard”, saying it would stay out of “political, party and tribal disputes”.

It aims to continue the fight against the Islamic State jihadist group, secure state institutions and diplomatic missions, he said in a statement.

It did not say whether or not it would support Libya’s UN-backed Government of National Accord, which has struggled to assert its authority across Libya or even control the capital.

Misrata’s powerful militias, which led the fight, control much of western Libya.

GNA officials met on Saturday with the group’s leaders “to attempt to find a solution”, the source said.

Several locals said the militias included backers of Khalifa Ghweil, the leader of a self-proclaimed “Government of National Salvation” which in January tried and failed to seize three government ministries in the Libyan capital.

Formed in March last year, the unity government faces hostility from a rival authority based in the east of the country, which refuses to recognise its authority.