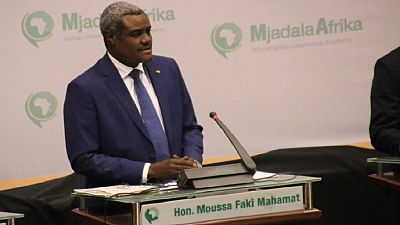 He takes over from South Africa’s Nkosazana Dlamini Zuma and thus becomes the continent’s topmost diplomat. His victory means the top AU position moves to Central Africa from Southern Africa.

The African Union Commission (AUC) serves as the executive/administrative branch or secretariat of the AU (cast in the mould of the European Commission). It is headed by the Chairperson with the help of a number of Commissioners dealing with different areas of policy.

The Commission has its headquarters in the Ethiopian capital, Addis Ababa. It is a different entity from the African Commission on Human and Peoples’ Rights, (based in Banjul, The Gambia), which is a separate body that reports to the African Union.

Who is Moussa Faki Mahamat? File of his CV as posted on AU website