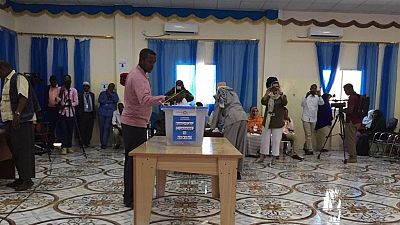 After the announcement of a new date for Somalia’s presidential election on Wednesday, the electoral commission has started registering presidential aspirants.

The filing fee for participation in the presidential election is $30,000 USD and already, a number of people have registered to vie for the presidency.

Local media Shabelle News reported on Thursday that former president of the Transitional Federal Government (TFG) Sheikh Sharif is among those who have registered to be candidates.

Incumbent President Hassan Sheikh Mohamud and about twenty other aspirants had expressed interest in participating in the presidential election which has been postponed four times.

The deadline for registering as a candidate is Sunday, January 29, 2017.