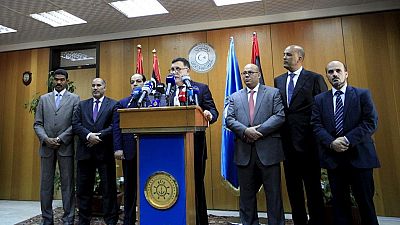 The spokesman of Libya’s government of national unity has confirmed that armed men attempted to seize three ministries on Thursday in Tripoli, but were unsuccessful.

The National Salvation government forces through their leader Khalifa Ghwell had earlier claimed taking control of the ministries, which included the labour and defence offices.

Ahmed Maiteeq, Deputy Prime Minister of the Libyan National Unity Government (GNA) said: “What happened yesterday is that Mr. Khalifa Ghweil, president of the National salvation government just showed up at the ministries of labor and defense. He held a press conference and then left.”

Khalifa has also declared himself as the Prime Minister of Libya.

His so-called National Salvation government was formed by the outgoing parliament after a disputed 2014 transfer of power that led to the establishment of rival governments, each backed by an array of militias.

The UN helped establish a third government in Tripoli last year under Fayez Al-Sarraj in the hopes he could unify Libya and weed out extremists.