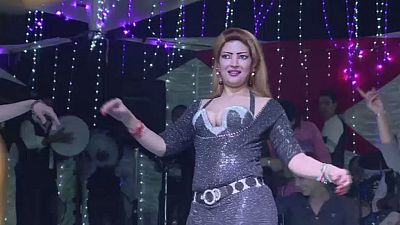 Despite having been hit hard by the harsh economic months, some Egyptians have resolved to engage in other forms of generating cash for a living.

They have been financing their living through musical dances during the holidays in many ceremonies.

Belly dancing is one of the most fascinating styles of dance in Egypt with its capital Cairo considered as the global capital of belly dancing.

According Hassan Agami, who is in charge of organizing ceremonies, belly dancers can be paid as low as £25. He further said that the dancers will perform according to how much you’ve paid them.

The dancers do get a lot of invitations more so during the weekends in many cities within Egypt.

The belly dancers show case their various unique styles of dances at public’s pleasure who at times donate more. They also incorporate elegance music that is usually played in wedding ceremonies.

Belly dance became a form of social entertainment for tribes in Egypt and Turkey. In 1893 the dance received global attention at the Chicago World’s Fair.