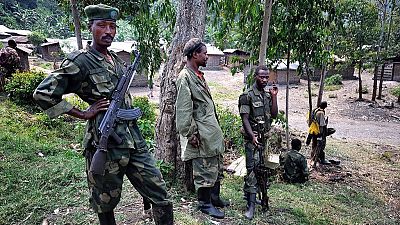 At least twenty-two civilians were stabbed during the Christmas weekend in the North Kivu province of the Democratic Republic of Congo.

The massacre occurred in and around Eringeti in the Beni territory which has suffered a lot of attacks since October 2014 resulting the death of more than 700 people.

According to the administrator of Beni, Amisi Kalonda, the attack was perpetrated by the Ugandan Muslim rebel group Allied Democratic Forces (ADF).

“Yesterday the [ADF] killed ten civilians in Eringeti. Twelve other bodies were found [Sunday] in surrounding villages by the army,” he told AFP.

“The mode of operation is always the same. The victims were killed with knives and machetes,” Kalonda added.

According to a priest at the Beni-Butembo Catholic diocese, 27 died from the attack creating panic and forcing residents to flee.

Captain Mak Hazukay, a spokesman for the Armed Forces of the DRC (FARDC) in the region, said the soldiers had killed four ADF rebels and the hunt for the attackers continues.

Independent of the last massacre in the Beni region, between 56 and 125 people are estimated to have been killed in seven days of political and inter-ethnic violence.