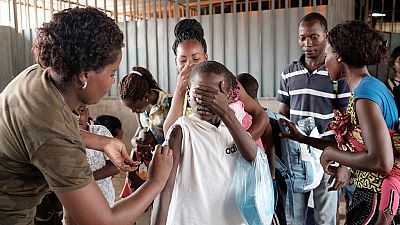 Angola on Friday declared the end of a yellow fever outbreak that killed at least 400 people, after an emergency United Nations vaccination campaign covering 25 million.

The outbreak erupted in December last year in the slums of the capital Luanda, spreading to 16 of Angola’s 18 provinces and into neighbouring Democratic Republic of Congo.

Officials said no new cases had been reported in Angola since June after the mass vaccination campaign was launched in both countries.

The World Health Organisation (WHO) described it as the world’s worst yellow fever outbreak in a generation.

“Since June 23 that Angola has not registered new epidemic cases of yellow fever, everything is under control and it is finished,” Health Minister Luis Sambo told a press conference in Luanda.

Last month WHO said the outbreak in Angola and DR Congo was “coming to a close” after more than 7,300 suspected cases and a vaccination effort involving 41,000 volunteers.

There is no specific treatment for yellow fever, a viral haemorrhagic disease transmitted mainly by the same species of mosquito that also spreads Zika and dengue.

Yellow fever vaccinations are routinely recommended for travellers to Angola, though the country had not previously seen a significant outbreak since 1986.

WHO has warned of future outbreaks in Africa due to increased urbanisation as transmission rates are higher in densely populated areas.