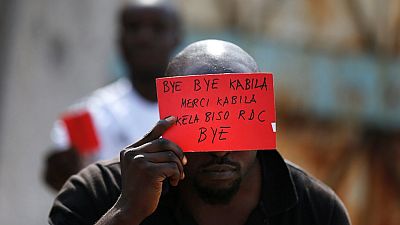 Kinshasa, capital of the Democratic Republic of Congo on Monday was a dead town in the midst of political tension a day to the expiration of the second and final constitutional mandate of President Joseph Kabila.

AFP reports that around 8:00 am (0700 GMT), the bustling mega-city of estimated 10 million people, was laced by security officials – the police and the Republican guard. Most places were closed with almost no movement of persons.

Reports further indicate that in the north and east of the city, military and police officers are more numerous on the streets than passers-by, while public public transport operates at a very slow pace.

#DRC #Kinshasa Extremely tense situation at UniKin, but rest of the city having a regular day – in spite of security forces all over.

Many companies have instructed their employees not to come to work, schools are also not functional and so the “white-blue” feature on the roads are absent. White-blue refers to schoolchildren because of the colour of their uniform.

Photos: Sights of dead city and pockets of protest in DRC 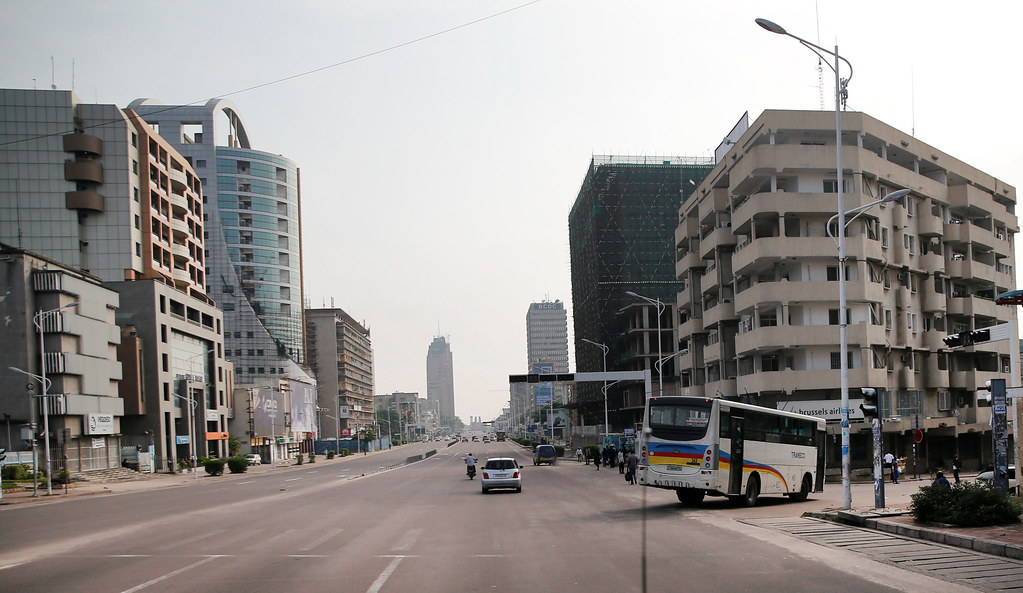 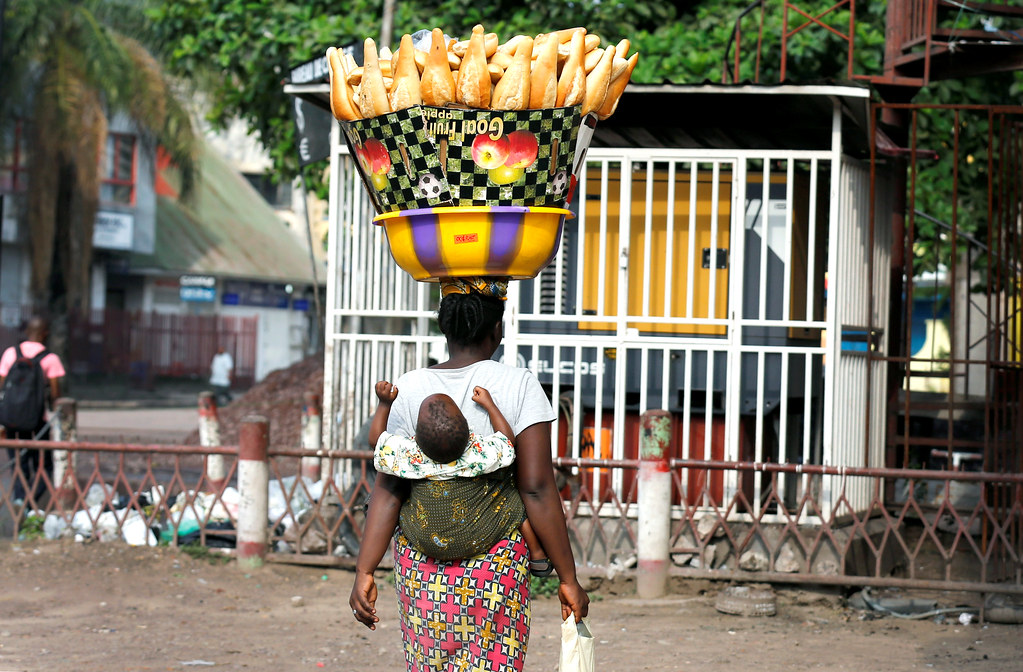 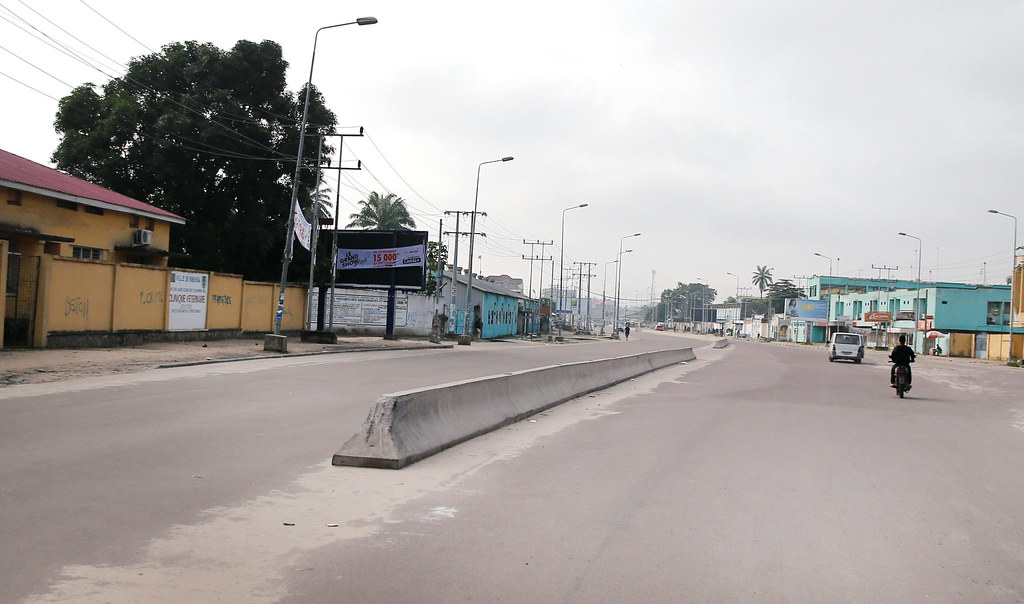 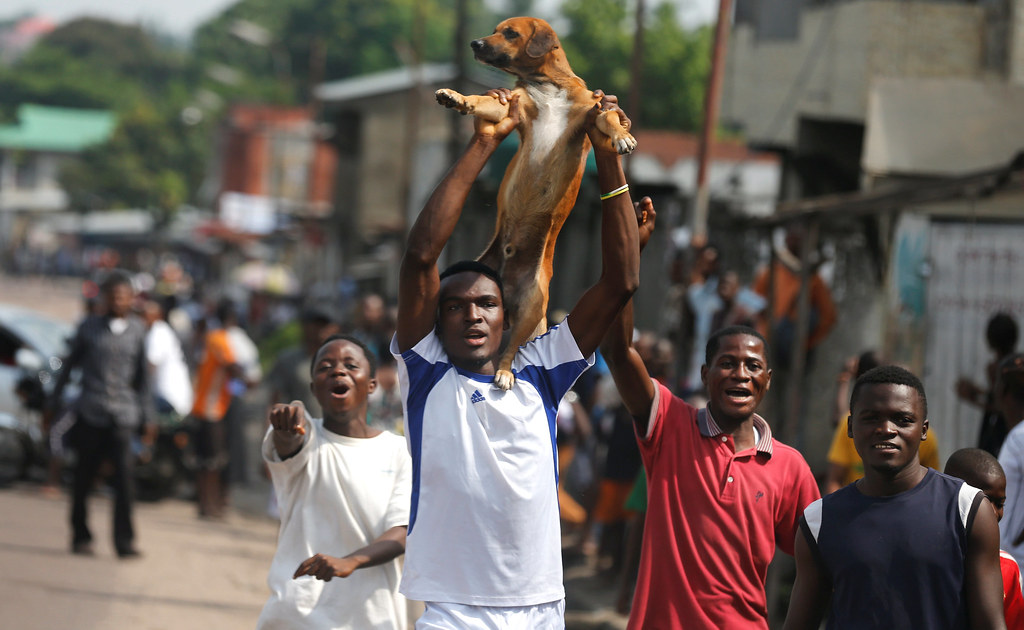 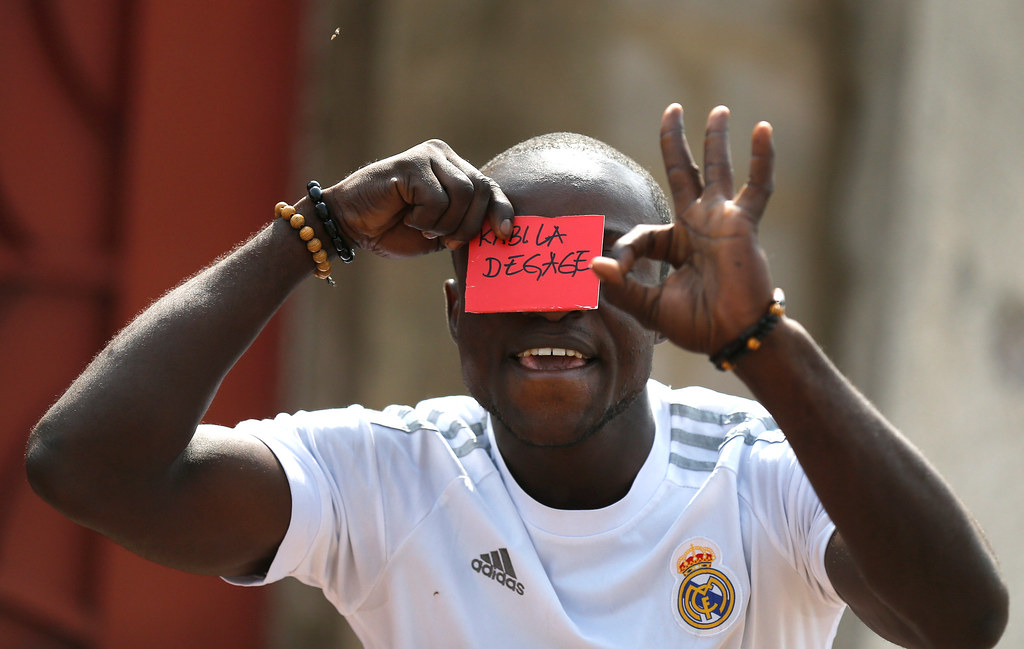 UN rights chief concerned over situation in the DRC

“We are especially concerned as Monday also marks three months since 54 people died in Kinshasa, when defence and security forces used excessive force against people calling for constitutional deadlines to be respected and for President Kabila to step down at the end of his second and final mandate. No one has to date been held accountable for this violent repression of demonstrations,” Zeid said.

“Intimidating and targeting opponents and civil society is not the answer. Silencing their views and stopping them from protesting is not the solution, and in fact is more likely to push them to resort to violence,” said Zeid

“We call on the Government, and especially its security forces, to take all necessary measures to guarantee the rights to freedom of association and of peaceful assembly.

“We call on them to exercise restraint in line with their obligations under international human rights law related to the use of force during demonstrations. All responsible, at any level, for human rights violations must also be held accountable,” Zeid stressed.

UN record of violence in the DRC

Since the beginning of December, the UN Joint Human Rights Office in the DRC has documented at least 45 arrests of people trying to exercise their right to peaceful assembly.

Of these, at least 16 people were detained in Bunia, Kinshasa and Goma in the context of the “Bye Bye Kabila” campaign organized by the Filimbi and Lucha  youth movements.

A further 26 people were reportedly arrested for their political links or because they belong to citizen movements.

University of Kinshasa under heavy security

Thomas Nicolon, France24’s correspondent in the DRC is tweeting updates on the situation in the country. He reports of heavy security at the University of Kinshasa.

#DRC #Kinshasa Military police and army block the entrance to UniKin university. Impossible for journalists to get close.

Ida Sawyer, a senior researcher with Human Rights Watch is reporting of arrest of 11 opposition members of the Rally in Goma.

The reason for their arrest she adds was in connection with plans to hold anti-government protests. Goma is is a city in the eastern DRC. It is located on the northern shore of Lake Kivu, next to the Rwandan city of Gisenyi.

Ida Sawyer was in August barred from working in the DRC after the government refused to renew her work permit. “Ida Sawyer’s expulsion from DRC is indicative of the shrinking political space under President Kabila,” a US lawmaker protested at the time.

Ida is seen as a vocal critic of the ongoing crackdown on dissent in the DRC where political tensions keep rising as an election deadline approaches. It is unclear whether the president would step down when his tenure ends in December.

Even though reports indicate some people are finding difficulty with access to internet, the general view seems to be that the much publicized “arrest” of especially social media did not take place.

Authorities in the DRC on Thursday issued a directive to telecommunication companies to block social media from Sunday to curb possible unrest as the mandate of President Kabila ends. An AFP source said that the shutdown should start from Sunday 1800 GMT.

Amnesty International slammed the directive on the same day. Sarah Jackson, its Deputy Regional Director for East Africa, the Horn and the Great Lakes, said: “The social media shutdown on the eve of the end of President Kabila’s mandate is a blatant attempt to keep the Congolese people in the dark at a critical time, and must be rescinded immediately.

“Instead of emulating the repressive tactics of other governments in the region that have shut down social media at critical junctures during political contests, the DRC government should be upholding the right of the Congolese people to share information,” she added.

On Saturday evening, the Catholic bishops of the National Episcopal Conference of the Congo (CENCO) announced the suspension of their mediation in order to allow a calm exit of the political crisis that has dogged the country since the disputed re-election of Mr. Kabila in 2011.

45-year-old Kabila has been in power since 2001, and the Constitution prohibits him from running for office. His detractors accuse him of having done everything to torpedo the electoral process and to want to stay in power for life.

Negotiations under the aegis of the bishops are meant to allow for a period of political transition between the government and the opposition until the election of a new president. They have not advanced on any of the most important points of litigation, and are expected to resume on Wednesday.

Before the opening of the talks, the coalition known as the Rally formed around the historic opponent Étienne Tshisekedi had threatened to throw people into the streets on December 19 throughout the country to drive Kabila out of power if negotiations fail.

The Rassemblement did not, however, give any order to this effect after the suspension of the discussions.