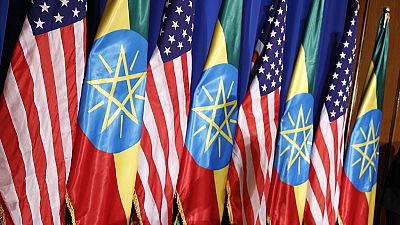 The United States Department of State has extended its travel warning for Ethiopia citing the potential for civil unrest related to sporadic and unpredictable anti-government protests that began in November 2015.

This new alert issued on Monday December 6, replaces the last one issued by the United States on October 21, 12 days after the Ethiopian government imposed the October 8 state of emergency which is expected to last for six months.

The US also cited the fact that the government’s clampdown on communication continues to affect their work.

The U.S. Embassy's ability to provide consular services in many parts of the country may be limited without warning due to the government's restrictions on mobile and internet communications and the unpredictable nature of the current security situation.

‘‘The U.S. Embassy’s ability to provide consular services in many parts of the country may be limited without warning due to the government’s restrictions on mobile and internet communications and the unpredictable nature of the current security situation,’‘ the statement said.

‘‘Internet, cellular data, and phone services have been periodically restricted or shut down without warning throughout the country, impeding the U.S. Embassy’s ability to communicate with U.S. citizens in Ethiopia,’‘ it added.

The US renews its alert despite the lifting of movement restriction on diplomats which was initially part of the state of emergency rules.

A number of European nations including Germany and Belgium have lifted travel warnings to its citizens hoping to visit Ethiopia, and the Ethiopian authorities were hoping that the United States (US) and United Kingdom (UK) will follow suit.

The US Embassy in Addis Ababa had stated earlier cited the restriction of movement under the curfew as severely affecting the ability of the Consular Section to assist U.S. Citizens. They added that ‘‘the Government of Ethiopia routinely does not inform the U.S. Embassy of detentions of U.S. citizens in Ethiopia.’‘

They also lifted a restriction on the movement of diplomats citing the return to peace. The state of emergency had raised concerns about the use of repression to silent opposition members. Opposition groups and other western diplomats in the country have decried the the government’s decision to impose the state of emergency.

Ethiopia has since November last year suffered a series of protests in two main regions – Amhara and Oromia. The attendant security clampdown has led to the arrests of over 11,000 people and death of hundreds of protesters.