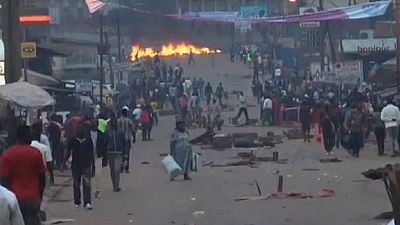 Cameroonian Prime Minister Philemon Yang has appealed for calm from the anglophone minority southwest of the country, who have been demonstrating for several weeks now against “marginalization” from the government.

“Cameroon was a federal state up to 1972, when president Ahidjo manipulated the constitution, made a fake referendum to make Cameroon a unity state. All we are asking for today is not SDF propaganda, RDPC propaganda, or SCNC propaganda,” lamented Ogonu Enonchong, a resident of the southwestern region.

Yang has also rejected their referendum demands to return to federalism, terming the move as ‘unacceptable’.

“In Cameroon, the constitution is one and indivisible. We appeal to all our children to go back to school. Tomorrow, why not? Dear children, your place is at school to prepare and educate yourself for the future of your country,” the Prime Minister said.

On Monday thousands of teachers and lawyers in English-speaking regions had gone on strike accusing the government of trying to marginalise them by imposing the French language on their schools and courts.

Anglophones in the country have long decried exclusion from from state jobs as a result of their limited French language skills.