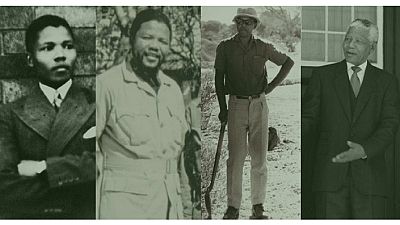 Today marks the third anniversary of the death of African freedom icon and former South African President, Nelson Mandela. The man affectionately referred to as ‘Tata Madiba’ died on December 5, 2013 in Johannesburg.

Ten days later, on a hillside at his ancestral home in the Eastern Cape – Qunu, and following a state funeral, Mandela was laid to rest. Qunu’s most famous son had come home and the world shared in the grief of his family.

“Death is something inevitable. When a man has done what he considers to be his duty to his people & his country, he can rest in peace…..” pic.twitter.com/w7ON1e2mma

Madiba was said to have chosen the burial plot overlooking the village where as a child he had been baptised, herded cattle and gone to school. The final committal was led by Bishop Dabula

“Rest in Peace. Yours was a truly long walk to freedom and now you have achieved the ultimate freedom in the bosom of your maker God almighty. Amen,” Bishop Dabula said.

At his State Funeral, which was graced by a number of world leaders, his coffin rested as is traditional for a tribal chief on a leopard skin in the centre of a huge marquis which was specially built in Qunu to hold over 4,000 invited guests.

Today marks the third anniversary of Nelson #Mandela’s death. A well deserved rest for a leader who inspired a better world. #RIPMadiba pic.twitter.com/neDYcXkDG5

Ninety five candles burned reflecting each year of Nelson Mandela’s remarkable life.
Heads of state spoke during the final ceremony of mourning for the former president. So too did friends and family.

One of the opening tributes was from Ahmed Kathrada who was a fellow prisoner on Robben Island. It was a deeply personal and moving speech to the man he knew as a brother and who he had accompanied during many of his struggles.

“Madiba we may be drowning in sorrow and grief. We must be proud and grateful that after a long walk paved with obstacles and suffering we can salute you as a fighter for freedom in the end. Farewell my dear brother, my mentor, my leader,” he said.

Flip through our collection of photos from the burial ceremony on December 15, 2013 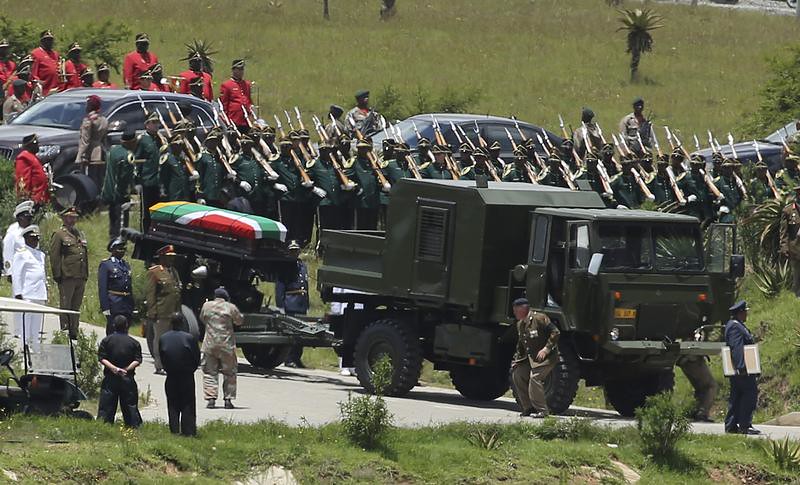 Tribal traditions peppered the formalities. One of his granddaughters, Ndaba remembered a humble and loving grandfather who enjoyed recalling childhood stories of growing up in Qunu. He was also a disciplinarian who taught the family many lessons.

“We shall miss you ‘tatum kulu’. We shall miss your stern voice when you were not pleased with our behaviour. We will carry lessons that you taught us through our lives as we make you proud. As South Africans we must stop pointing fingers but rather we must lead by example as you did and do something positive for South Africa,” she said.

Click here for more of our news coverage on Nelson Mandela

Mandela was an anti-apartheid revolutionary, politician, and philanthropist, who served as President of South Africa from 1994 to 1999. He was the country’s first black head of state and the first elected in a fully representative democratic election.

His government focused on dismantling the legacy of apartheid by tackling deep rooted racism and fostering racial reconciliation.

Ideologically an African nationalist and socialist, he served as President of the African National Congress (ANC) party from 1991 to 1997.