No US base in Tunisia, but drones flying over Libyan border - Essebsi 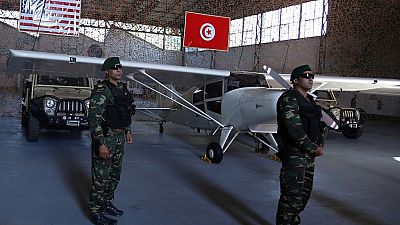 Tunisian President Beji Caid Essebsi has confirmed that United States (US) surveillance drones are flying over the Tunisian-Libyan border as part of an anti-Islamic State combat in north Africa.

Essebsi made the disclosure after lawmakers called on his government to clarify U.S. reports on such a mission, Reuters reports.

In Tunisia, any U.S. military presence on its soil is a sensitive topic. Opponents say it would be a breach of sovereignty.

Yes, and it was at our request. Our agreement with the U.S. was to share intelligence information.

A Tunisian official in October had denied that US drones were being used in anti-IS combat despite confirmation of the use of unarmed drones by top US officials.

‘‘There are US service members working with the Tunisian security forces for counter terrorism and they are sharing intelligence from various sources, to include aerial platforms,’‘ Colonel Mark Cheadle, spokesman of the US Africa command said.

But Essebsi, in a late Tuesday television interview explained that the measure was needed to avoid cross-border attacks by militants such as was carried out by Islamic State on the Tunisian town of Ben Guerdan in March.

The drones being used were unarmed, Essebsi reiterated, and in a repeat of previous denials, added there was no U.S. base in Tunisia. Asked if U.S. drones were flying missions at the border, Essebsi told local channel Elhiwar Ettounsi, “Yes, and it was at our request.”

“Our agreement with the U.S. was to share intelligence information,” he said. He did not say whether the drones were flying across Libyan territory.

Islamic State exploited the chaos of post-uprising Libya to establish a foothold there, using it as a base for attacks Tunisia and Egypt. The perpetrators of several militant attacks in Tunisia in the past two years were trained in Libya.

Washington’s use of armed drones against militants in countries such as Yemen and Pakistan has been criticised for its toll on civilians, and some opponents question its legality under international law.