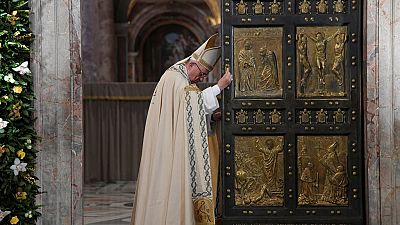 Pope Francis has announced he is allowing all priests to absolve the “grave sin” of women who have abortions, extending special permission he granted them in 2015 for the just-ended Holy Year of Mercy.

Francis wrote in a document made public Monday by the Vatican “there is no sin that God’s mercy cannot reach and wipe away when it finds a repentant heart,” while staunchly reiterating that “abortion is a grave sin, since it puts an end to an innocent life.”

In addition, he has indefinitely extended the mandate of the Missionaries of Mercy and has decided to institute the World Day for the Poor, which will take place each year on the Thirty-third Sunday of Ordinary Time.

As a Catholic, I welcome today’s announcement from Pope Francis who again has taken a much more pastoral, rather than political, approach to abortion.

The Pope announced his decision in his new Apostolic Letter “Misericordia et Misera,” meaning “Mercy with Misery.” Published November 21, the letter was signed by the Pope on November 20, during Mass for the close of the Jubilee of Mercy.

In the letter, Pope Francis said that “the Sacrament of Reconciliation must regain its central place in the Christian life.”.

In a similar view,Catholics for Choice President Jon O’Brien has also issued a statement reacting to Pope Francis extending permission on abortion forgiveness.

“As a Catholic, I welcome today’s announcement from Pope Francis who again has taken a much more pastoral, rather than political, approach to abortion, one of the most contentious issues in the Catholic Church.

He is far more interested in the sacrament of reconciliation than his predecessors, bringing us into a relationship through fixing fences and healing hearts,” he said.

He noted that too many people will fail to understand the real intention and impact of Pope Francis’ decision to extend and encourage the discretion that priests have to formally forgive women who have had abortions.

“In the last year, we didn’t see Catholic women lining up at local churches to ask for forgiveness. And it is still sad that he talks about abortion in relationships to sin,” he added.

The Pope had initially declared that all priests could forgive the sin of abortion in a set of pastoral guidelines for the Jubilee issues September 1, 2015, in which he also granted SSPX priests the faculty to forgive sins in confession.

However, the Pope’s new provisions take it to a universal level.