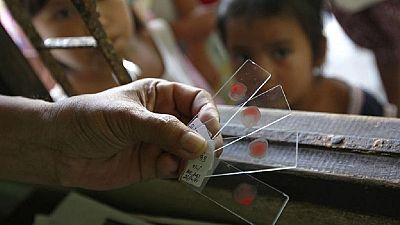 The world’s first malaria vaccine, RTS,S, will be rolled out in pilot projects in sub-Saharan Africa, the World Health Organization (WHO) disclosed late on Thursday. The body is expected to name countries to be involved in the pilot programme soon.

According to a WHO statement, funding is secured for the initial phase of the programme and vaccinations are due to begin in 2018.

‘‘The vaccine, known as RTS,S, acts against P. falciparum, the most deadly malaria parasite globally, and the most prevalent in Africa. Advanced clinical trials have shown RTS,S to provide partial protection against malaria in young children,’‘ a statement from the global health body noted.

“The pilot deployment of this first-generation vaccine marks a milestone in the fight against malaria. These pilot projects will provide the evidence we need from real-life settings to make informed decisions on whether to deploy the vaccine on a wide scale,” said Dr Pedro Alonso, Director of the WHO Global Malaria Programme.

The vaccine, known as RTS,S, acts against P. falciparum, the most deadly malaria parasite globally, and the most prevalent in Africa. Advanced clinical trials have shown RTS,S to provide partial protection against malaria in young children.

On the issue of ‘Country selection,’ the WHO statement said ‘‘Consultations are ongoing and the names of the 3 selected countries will be announced in the coming weeks.’‘

RTS,S is touted as the first malaria vaccine to successfully complete pivotal Phase 3 testing. The Phase 3 trial enrolled more than 15,000 infants and young children in 7 countries in sub-Saharan Africa.

Countries that participated in the Phase 3 clinical trials will be prioritized for inclusion in the WHO pilot programme.

Facts about financing of the vaccine

“WHO recognizes and commends the leadership and support of all funding agencies and partners who have made this achievement possible,” said Dr Jean-Marie Okwo-Bele, Director of the WHO Department of Immunization, Vaccines and Biologicals.

WHO also added that two of its advisory bodies – the Strategic Advisory Group of Experts (SAGE) on Immunization and the Malaria Policy Advisory Committee (MPAC) – had recommended pilot implementation of the RTS,S vaccine in 3 to 5 settings in sub-Saharan Africa.