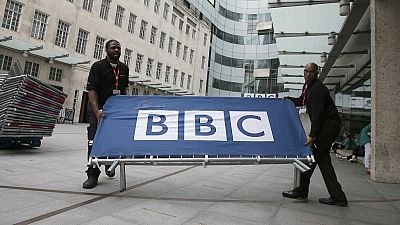 British public broadcaster, the BBC, has announced on Wednesday that it will launch 11 new language services in 2017 as part of its expansion project.

Afaan Oromo and Amharic are widely spoken in Ethiopia with the former also spoken in some parts of Kenya, Somalia and Egypt.

Tigrinya is mainly spoken in Eritrea and also in some parts of Ethiopia while Igbo, Yoruba and the Nigerian Pidgin are spoken mainly in Nigeria and in other parts of West Africa.

The expansion, described as the biggest since the 1940s, was made possible by last year’s budget boost by the United Kingdom government.

BBC quoted its director general Tony Hall who said the 94-year-old global broadcaster looks forward to being the “outward-looking BBC which brings the best of our independent, impartial journalism and world-class entertainment to half a billion people around the world”.

The BBC is the oldest national broadcasting service and the largest in terms of employees, broadcasting worldwide in over 30 languages on television, radio and online.

In 2011, BBC suffered a budget cut that affected three language services including the Portuguese for Africa service widely listened to in Angola and Mozambique.

Its African language service is currently broadcasting in Hausa, Kirundi, Somali and Swahili. The new addition will raise the number to 10.

Tony Hall expects the public broadcaster to reach 500 million people worldwide by its centenary in 2022, the BBC reports.