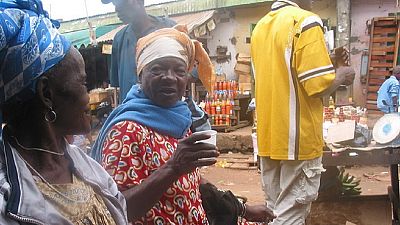 State radio (CRTV) broadcast on Tuesday evening that the deaths were recorded in eastern Cameroon where the victims consumed the alcoholic drink called “odontol”.

“21 victims were recorded in the districts of Mindourou (18 dead) and Abong-Bang (3) after consuming the damned beverage called odontol, “ CRTV reported, adding that women are among the victims.

At the hospital in Abong-Bang, 22 people were admitted after consuming the local drink which is popular in the villages of the east, south and the center of the country.

“When I see you, my eyes begin to turn,” Angeline, one of the consumers who had been admitted after drinking “two glasses” of odontol, demonstrated to CRTV.

The authorities of the districts announced a ban on production and marketing of the beverage.

Odontol is made from palm wine, sugar and a tree bark. It is cheap making it affordable for the majority who can’t afford beer or whiskey sold in shops.

This is not the first time that deaths have been recorded in the country after the consumption of “odontol”.