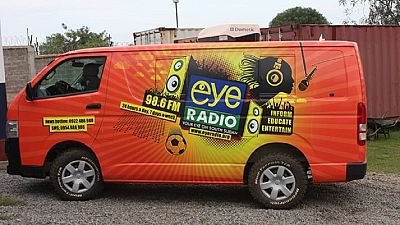 The management of the nonprofit radio station disclosed through its website that the short news clip was from a press conference held by Machar in October before leaving Khartoum for South Africa.

The transcript from the clip read: “We did not see that there is an initiative from the region or the United Nations or the African Union to rescue the agreement. From our side the agreement has collapsed, or part of the government of national unity has collapsed since July events. We do not want violence.”

South Sudan’s National Security Service (NSS) ordered the immediate shut down of the radio station for this audio and Tuesday makes five days since Eye Radio went off the air.

Its website is still running and the management say they are following up with the authorities to resolve the matter.

The radio has been on air since 2010 and is funded by the United States aid arm (USAID).