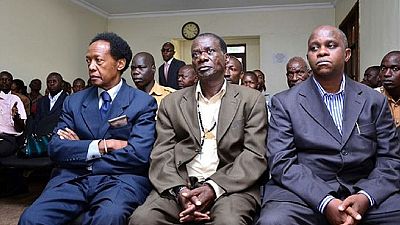 Three Ugandan public service ministry officials were sentenced on Friday to a total of 22 years in prison for stealing more than US $25 million (23 million euros) of public funds through the payment of pensions to thousands of “ghosts”.

“The anti-corruption court found the three offenders guilty of causing financial loss, abuse of office, neglect of duty, embezzlement and connivance to defraud the Ugandan government,” a spokesman for the Ugandan judiciary, Solomon Muyita told AFP.

The three senior officials enriched themselves by paying pensions to pensioners whose identities were forged from scratch for their benefit.

They counterfeited 2,652 identities, according to the court.

The three men are among a group of eight accused persons who are alleged to have diverted more than $50 million in public money since 2015.

The three convicts can appeal their convictions. The other five defendants are expected to appear in court soon, according to the prosecution.