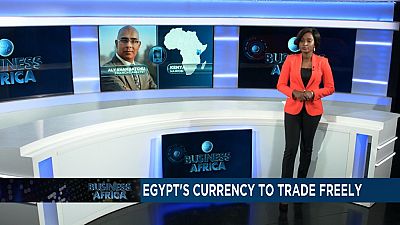 The country aims to finalise a multi-billion dollar IMF deal within days, after floating the Egyptian pound.

The country’s central bank has been rationing dollars and imposing strict capital controls while maintaining the pound at an artificially strong official rate hampering trade in a country that relies on imports of everything from cars to food.

The move is expected to rebalance currency markets after several weeks of turbulence.

Ivory Coast, the world’s major cocoa producer and exporter, and recorded a deficit at the start of the season on October 1st whilst local grinders struggled to procure supplies for the processing facilities.

Renowned for its wine production, South Africa is now getting more recognition for its whiskies and even looks set to challenge the dominance of Scottish and Irish brands by appealing to connoisseurs.

Claire Muthinji and Armelle Nga with the inside story.