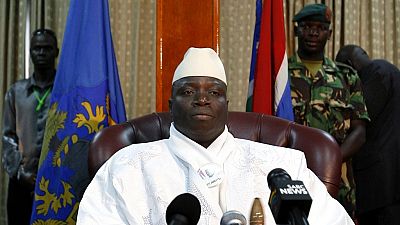 The decision by Gambia to leave the International Criminal Court (ICC) is a grave cause for worry according to two major rights campaigning groups.

Gambia announced on Wednesday that they will leave the Hague-based court which they accused of being biased towards Africans.

According to United States based groups, Amnesty International and Freedom House, the move is disturbing because the court was important in asserting rights of disadvantaged Africans.

Netsanet Belay, Amnesty International’s Research and Advocacy Director for Africa said: “The announcement is a blow to millions of victims around the world, particularly coming as it does on the heels of recent moves by South Africa and Burundi to also withdraw from the ICC.”

He added that rather than joining this drastic march away from justice, other African states should follow the lead of Botswana to constructively support the work of the Court to resolve any legitimate issues.

According to Amnesty, the Gambian information minister’s statement regarding the Court’s persecution and humiliation of people of colour, especially Africans could not be true, ‘‘For many Africans the ICC presents the only avenue for justice for the crimes they have suffered,” they said.

Freedom House’s statement quoted Vukasin Petrovic, director of Central, West and East Africa programs as saying: “Gambia’s withdrawal from the ICC threatens human rights protection in the country, especially given the government’s failure to protect the fundamental freedoms of its citizens.

“The Gambian government has repeatedly deprived citizens of basic civil liberties by cracking down on public protests and jailing opposition and civil society figures, and withdrawal from the ICC removes a mechanism of protection,” he added.

Gambian former justice minister is the current chief prosecutor of the ICC. Fatou Bensouda is seen as a champion of international justice and the fight against global impunity.