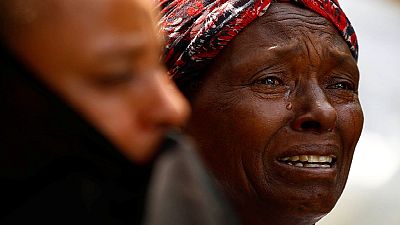 The United Nations High Commissioner for Human Rights has renewed its request to the Ethiopian government seeking access to the country to conduct an independent assessment of continuing protests.

A statement issued in Geneva on Friday, by the commission’s spokesperson, Rupert Colville, said, ‘‘There is clearly a need for an independent investigation into what exactly transpired last Sunday, and to ensure accountability for this and several other incidents since last November involving protests that have ended violently.’‘

In August this year, the UN High Commissioner for Human Rights, Zeid Ra’ad Al Hussein disclosed that they had requested access to the troubled regions to of Oromia and Amhara enable the Office to provide assistance in line with Ethiopia’s human rights obligations.

‘‘We again appeal to the Government to grant us access,’‘ the latest statement added.

The UN body also touched on the issue of internet cut which was reported to have started on Tuesday and is till in full effect as at Friday. Even though connection for fixed lines have been partially restored.

‘‘Instead of cutting off access to mobile data services in parts of the country, including in Addis Ababa, we urge the Government to take concrete measures to address the increasing tensions,’‘ the statement said.