UK Foreign Secretary refers to Africa as a country 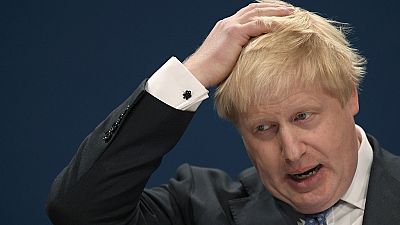 The United Kingdom’s (UK) Foreign Secretary, Boris Johnson, has referred to Africa as a country in a speech at the Conservative Party conference, the UK independent reports.

The UK’s top diplomat, who has been in office for three months, was speaking in reference to life expectancy on the continent, when he mistakenly made the reference of Africa being a country.

‘‘For all its difficulties, life expectancy in Africa has risen astonishingly as that country has entered the global economic system.

“Austynzogs: Boris Johnson mistakenly referred to Africa as a country while reflecting on his three months as U.K foreign secretary.

Mr Johnson’s announcement in July as the new Foreign Affairs chief raised eyebrows because of his controversial views about the continent prior to his entry into politics – during his time as a journalist.

He is widely reported to have defended the history of colonialism, saying that it would be best if African countries were still colonized, and has also used language to describe black people which many consider racist – for which he has apologised.

Some of his controversial quotes on Africa include the following:

‘‘The Queen has come to love the Commonwealth, partly because it supplies her with regular cheering crowds of flag-waving piccaninnies.’‘ The Daily Telegraph, January 2002.

‘‘The best fate for Africa would be if the old colonial powers, or their citizens, scrambled once again in her direction; on the understanding that this time they will not be asked to feel guilty.’‘ The Sun, February 2002.

‘‘Some sais it was a snub to Britain. Some said it was a symbol of the part-Kenyan President’s ancestral dislike of the British empire.’‘ The Spectator, April 2016.