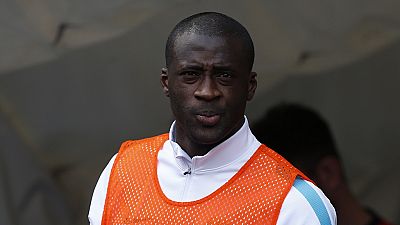 Former Ivory Coast international, Yaya Toure, has expressed disappointment at the decision by football’s world governing body, FIFA, to disband its anti-racism task force. Toure was a consultant to the task force.

“When I received the letter telling me the FIFA task force was to be discontinued I was very disappointed. The letter listed the good work that had been carried out as a result of the task force’s advice and recommendations.

‘‘So my question is, after failing to deal with racism sufficiently for decades – why stop when something is beginning to work? Are FIFA being complacent ahead of a World Cup in Russia? This makes no sense,’‘ Toure stated in a statement released on Tuesday.

According to him, as a result of the racist attacks he had experienced as a footballer – on the pitch and in the streets, he ‘didn’t think twice’ when he was asked by FIFA to help with the fight against racism in football.

He added that he saw his role on the task force as a way to help address the very issues that he had faced and also ‘‘preventing other players and fans from going through the same issues I had found in my career.’‘

FIFA announced on Monday the disbanding of their anti-racism task force. Its secretary-general, Fatma Samoura, justified the move stating that the work of the committee had ended and that FIFA was still tackling racism as a serious issue within the game.

‘‘The task force had a specific mandate, which it has fulfilled. Its recommendations have now been turned into a program and a strong one,’‘ she said.

The task force brought together the expertise of campaigners, football administrators and players. It was a resource that gave FIFA the expertise to help shape and put in place the most effective initiatives to keep players and fans safe.

“My only hope is that FIFA have thought this through. The letter I received does not fill me with confidence. It will be the fans and players that suffer if FIFA do not get this right,” Toure’s statement concluded.