Somali journalist gunned down in Mogadishu 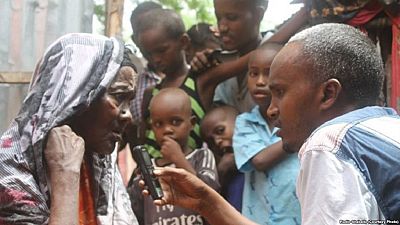 Somali journalist Abdiaziz Ali Haji has been shot dead in the capital Mogadishu on Tuesday evening by unidentified gunmen.

No group has claimed responsibility for his death.

The National Union of Somali Journalists (NUSOJ) released a statement condemning the killing and appealed to the government to urgently investigate and punish the perpetrators.

“We are quite sorry that attacks against journalists still continue in Somalia and this is indeed unacceptable for all of us,” Mahir Jama Aden, President of NUSOJ said.

Journalists in Somalia have been a regular target for militant group al-Shabaab which is fighting the Western-backed government to set up an Islamic caliphate in the country.