Bongo's cousin who is loyal to Ping, arrested by security operatives 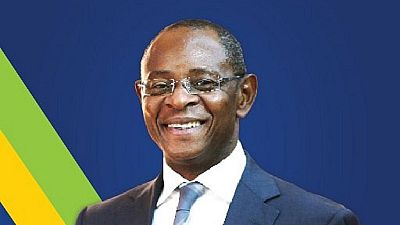 Leo Paul Ngoulakia, a relation of incumbent Ali Bongo Ondimba, who was a candidate in the last presidential election in Gabon before siding with Jean Ping, was arrested on Friday in the capital Libreville.

The reasons for his arrest remain unclear. A security source, however, told AFP that he “was traveling in a vehicle with a large sum of money and leaflets calling for sedition.”

Local media also add that it was just outside the headquarters of the Movement Patriotic and Republican, his political party, Leo Paul Ngoulakia was arrested.

When the AFO reached him via telephone, he confirmed being at the premises of the General Directorate of Intelligence, where he underwent interrogation. Searches were also conducted at his home.

A cousin to Ali Bongo, Leo Paul Ngoulakia has long been a close to the regime. He led the National Security Council from 2009 to 2013 and held other top positions in the past.

Before the presidential election in August, he resigned from the ruling Gabonese Democratic Party (PDG), before pitching camps with Jean Ping, the main opponent of Ali Bongo Ondimba.

His arrest comes in a tense atmosphere in Gabon, as the Constitutional Court gives its verdict on the appeals filed by candidates Jean Ping and Ali Bongo.