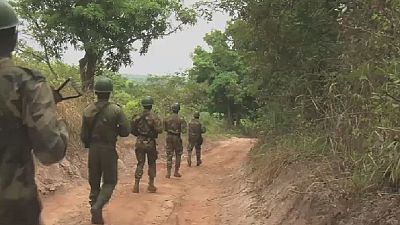 An attack by Seleka  Rebels have killed 26 villagers in the worst massacre in recent months in Central African Republic.

The bloodshed comes after the CAR is seeking to emerge from years of political turmoil and religious violence.

Presidential spokesperson Albert Mokpeme said the killings took place in the village of Ndomete, not far from the town of Kaga-Bandoro,  north of the capital Bangui.

“There were 26 victims. The Seleka (rebels) went door to door..The village chief was among the victims,“ said Albert Mokpeme said. “It was a massacre.”

The country’s U.N. peacekeeping mission, MINUSCA, dispatched troops to the area after clashes were reported.

“MINUSCA regrets the loss of human life and the wounded that were recorded and also denounces attacks against the humanitarian community and United Nations personnel,“ it said.

Mass violence and looting has been reported in the wake of tensions between the Seleka fighters and rival anti-Balaka militia members.