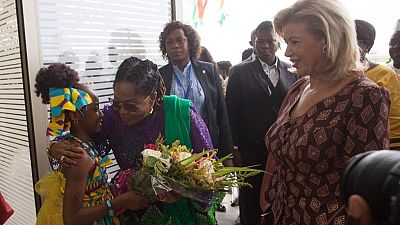 “We are deeply concerned by the magnitude of the phenomenon and as signatories we firmly condemn the fact that those who engage in child trafficking are taking advantage of the social and economic vulnerability of families and children in order to exploit them by using force, abduction, fraud or deception,” they agreed.

The agreement provides for enhanced police and gendarmerie cooperation between Ghana and the Ivory Coast.

The West African neighbours account for more than over 60% of the world’s cocoa production yet many farming families face persistent poverty with an income of less than one dollar a day.

According to Ivorian statistics, 1.2 million children were engaged in cocoa production in the country in 2013/2014 and poverty played a major role in the phenomenon.

“Our countries are particularly exposed to the issue of the worst forms of child labor in cocoa production. That’s why we decided to unite our efforts to protect our children,” Mrs. Ouattara explained.

Ivory Coast is already running a programme to save 5,000 children in cocoa farms. The programme is backed by the US Department of Labour with a $ 4.5 million funding over five years. 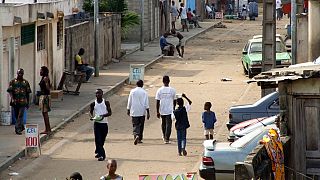