You can wear hijab to school in Kenya, court rules 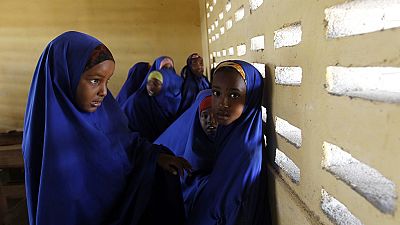 Muslim students in Kenya can wear hijab to school after an appeal court’s ruling overturning a 2015 verdict by a high court that ruled otherwise.

Big win for Muslim students as court allows them to wear hijabhttps://t.co/zEx9OX9SFM pic.twitter.com/ZQYmEX0lrk

The court also directed the education directorate of the country to ensure the creation of new rules on school uniforms and not to discriminate against students based on religion, Kenyan local media Daily Nation reported.

“The education CS should consider formulating and putting into place regulations, after due consultations, for the better protection of the fundamental right to freedom of religion and belief as well as equality and discrimination for all pupils and students in Kenya’s education system,” they quoted the judges.

A Methodist Church run school in Isiolo (Upper Eastern sub-region of Kenya) was aggrieved by an earlier sanction by the country’s education directorate saying Muslim students in the school can wear hijab and white trousers, which is against the school rules.

The school’s claim before seeking resolve at the high court was that wearing hijab and trousers created disparity among students.

The High Court in May last year ruled that the directive allowing the wearing of hijab in the school was illegal and discriminatory as it is against the school regulations.

The Muslim students were reported to have felt discriminated upon while their Christian colleagues felt the Muslims were being given preferential treatment.