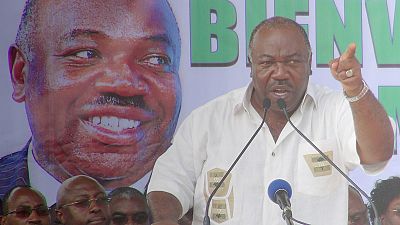 Incumbent president Ali Bongo Ondimba has been declared winner of Gabon’s presidential election after polling 49.80% of the votes while his main opponent, Jean Ping polled 48.23 %.

According to the official results announced on Wednesday by the Minister of Interior, Pachomius Moubelet-Boubeya, Ali Bongo is president-elect of Gabon beating the 73-year-old former African Union Commission chairman by only 5,594 votes.

The announcement of results was delayed on the agreed Tuesday date by the Minister of Interior, who later postponed it till after a meeting with the electoral body.

There will be no second round voting as the country runs the simple majority popular vote system.

The victory comes after a long wait culminating into controversies amid tension including trading of allegations of fraud by both camps of incumbent president Ali Bongo and Jean Ping.

Jean Ping addressed the media and his supporters on Sunday in Libreville saying that he has won Saturday’s polls despite the caution issued by the country’s interior ministry on Saturday night against illegal declarations.

The camp of the incumbent president also declared victory defying the ministry’s directive which says only the Autonomous and Permanent National Electoral Commission (CENAP) is legally mandated to declare official results.

628,124 voters registered, out of the estimated population of 1.8 million, to cast their ballots in the relatively calm election to choose the president out of 11 candidates.

Bongo will serve a seven-year term as stipulated by the constitution.