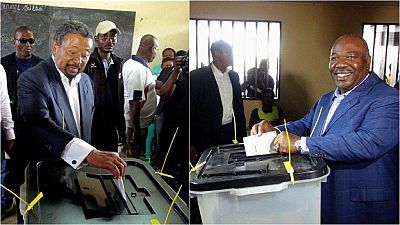 According to the European Union Election Observer Mission (EU EOM) in Gabon, the electoral process in the country’s August 27 presidential polls “lacked transparency.”

The EU mission headed by Bulgarian Euro-MP Mariya Gabriel however congratulated the people for exercising their democratic right in casting their votes. Mariya was addressing a press conference as part of the mission’s preliminary statement on the polls in the capital Libreville.

“I congratulate the Gabonese voters who expressed their democratic will in a process in which management lacked transparency,” she said in a press release.

She enumerated reasons for the EU EOM’s verdict as follows: ‘‘The most significant shortcomings observed are: the absence of voter lists posted outside the polling stations, failures in control of indelible ink, authentication of ballots and the use of sealed ballot boxes that lacked identification numbers.’‘

For his part, Jo Leinen, chairman of the European Parliament delegation that joined the Mission for the elections, added that: “Given the level of mistrust and division that marked this campaign, it is urgent to establish the foundations for a true political dialogue in the interest of all the Gabonese people.”

The EU EOM comprised 73 observers from the European Union (EU) who delivered their preliminary report on the eve of the proclamation of the official results of the presidential election.

Whiles Gabonese await the official announcement of results by the electoral body (CENAP), main candidates in the race are claiming victory. Incumbent Ali Bongo Ondimba told cheering supporters that he was on course for victory.

Former Africa Union Commission (AUC) chairperson, Jean Ping was however the first to declare himself victor on Sunday in an address to his supporters in Libreville before tweeting to that effect.

The Interior Minister Pacome Moubelet-Boubeya confirmed that the certified true results of the August 27 polls will be officially announced by the electoral commission “this Tuesday, August 30 around 17:00” (1600 GMT).