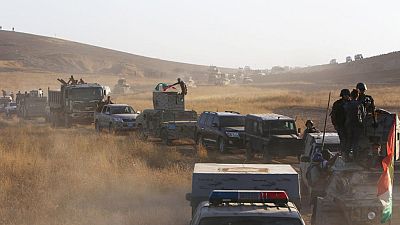 Iraqi security forces are closing in on the city of Mosul, which is a major ISIL strong hold. On Tuesday with the help of the US-led coalition, Iraqi troops began to drive out the jihadists from the nearby town of Qayyarah, south of the city.

But the UN’s refugee agency has warned that the operation could provoke a humanitarian crisis.

“Mosul, you probably don’t need much reminding, it is Iraq’s second largest city. The humanitarian impact of the military offensive there, is expected to be enormous. Up to 1.2 million people could be affected,” said Adrian Edwards, spokesperson of the UNHCR.

Qayyarah is seen as a strategic launching area for the retake of Mosul which has been held by ISIL since 2014. Their other stronghold of Fallujah was recaptured by Iraqi forces in June.