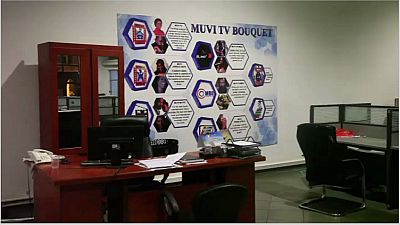 Zambia’s Independent Broadcasting Authority (IBA) has revoked the broadcasting licences for Muvi TV, Komboni Radio and Itezhi Tezhi Radio respectively for what they termed as “unprofessional conduct posing a risk to national peace and stability”.

The broadcasting board chairperson Justine Mutale told a press briefing that the three media houses conducted themselves unprofessionally, during and after the August 11 General Elections.

Instead of such drastic action, IBA should have engaged the affected media houses to help them address the imbalances #Zambia #PressFreedom

IBA has cited section 29 (1)(j) of the IBA amendment act of 2010 which cites that “the IBA board may cancel a broadcasting license if the cancellation of the license is necessary in the interest of public safety, security, peace, welfare or good order”.

They are being accused of inciting violence,and spreading hate speech.

Media sources say that Muvi TV and Komboni Radio have recently endured accusations of siding with the opposition. Observers say the two broadcasting stations were the most independent during the campaign period.

In June, authorities locked up one of the country’s newspaper, “The Post” for allegedly defaulting taxes.

Zambia is going through a tense period after a polls stalemate following the election of President Edgar Lungu, which is being contest through a court petition by the opposition.