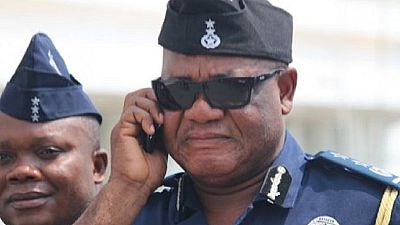 Donkorkrom, a town in Ghana’s Eastern region does not have police operating there.

The police administration in Ghana has defended its decision to totally withdraw its officers from Donkorkrom, despite criticisms over the unlawful nature of their action according to security experts.

Speaking on local radio network, Joy FM, police public relations chief, Cephas Arthur, is reported to have said the lives of the police officers were in danger and so there was no need staying in the town.

A dead man doesn't provide protection, so for the moment it is just appropriate that we withdraw, re-strategize and see whether the conditions will permit a return to work.

Why were police attacked by locals?

Local media reports that the residents accused the police of complicity in a robbery operation in the town.

Two days later, residents claimed they had marched to the police station to present a petition over robbery incidents in the area but things turned ugly when jittery police officers started shooting into the crowds. Five people were left in critical condition whiles 16 others were injured.

Subsequently an irate mob attacked the police residence in the town, set the place ablaze and prevented fire officers from dousing the blaze.

“A dead man doesn’t provide protection, so for the moment it is just appropriate that we withdraw, re-strategize and see whether the conditions will permit a return to work,” he said.

He bemoaned the fact that not only were the police attacked personally but their offices and residences were also targeted by locals in addition to their properties being looted.

“They attacked the police barracks and burnt down about 4 rooms and looted property such that the police don’t have any place to lay their heads, then you don’t expect that these officers will be comfortable enough to discharge their mandate,” he added.

Why the withdrawal of police service?

The Inspector General of Police (IGP) John Kudalor had ordered all officers in the town to be withdrawn after the attacks on his personnel.

The IGP is billed to visit the restive town to assess the situation there before any further decisions will be taken as to whether the police should return to the town.

Leading the criticism of the police withdrawal is Kwesi Aning, a security expert with the Kofi Annan International Peacekeeping Training Center, he avers that the withdrawal sends a wrong signal to criminal elements who must be dealt with.

“The initial response that has been given that ‘we are withdrawing our services because we don’t have a place to sleep’ sends a terribly wrong signal of the failure of our emergency response mechanism, the failure of our early warning signs and thirdly that you can exchange fire with the Ghana police service and they will pull out,’‘ he said.

His position has also been supported by some lawyers who insist that citizens living in the town were entitled to police protection and it was thus wrong for the police to abandon them with the excuse of being targeted by a few locals.