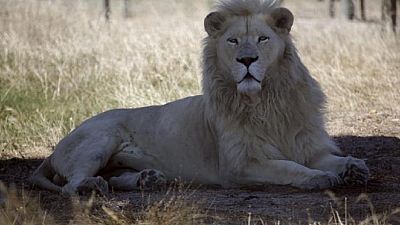 Kenya’s Ol Pejeta conservancy, located 150km from the capital Nairobi, has decided to fit its lions with GPS collars in a bid to study the animals in greater details and with minimal interference.

Before fitting the lions with the tracking collars, they first have to be tranquilized.

The GPS data then allows the rangers to gather information on the exact location of the animals, thus determine potential kill sites for lion prides.

“We do this to be able to track the movements of animals, see how they interact with one another and how they separate. But we also do it to create a database that helps us better manage the actions of the animal,” said Bernard Chira, an employee at the conservancy.

According to Kenyan authorities, the lion population in the country faces the risk of declining every year, due to conflict with humans and the destruction of their natural habitat and prey.

“We take blood to study disease genes, to better understand what is happening within this population, and see if there are diseases which should worry. So from time to time we collect blood to control disease,” said Mathew Mutinda, a veterinary officer.

This technology helped locate Cecil the Lion in Zimbabwe, making it possible for the rangers to trace his last movements.