Hundreds of protesters on Saturday clashed with police in Ethiopia’s capital, Addis Ababa after campaigners called for nationwide protests against unfair distribution of wealth in the country.

An eye witness account of police beating protesters who gathered for the region wide #OromoProtests in #AddisAbaba https://t.co/Mzw72qO1ir

Local media also reported that the protests were replicated in other parts of the country in response to a call by online activists of the Oromo protests.

Earlier on Friday, two people were killed in similar clashes with police in Ethiopia’s ancient city of Gonder. 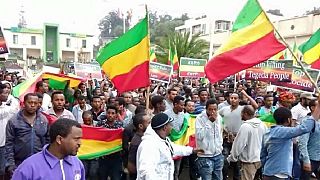 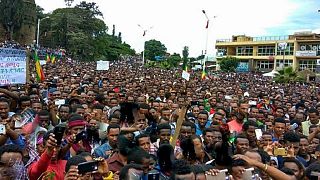