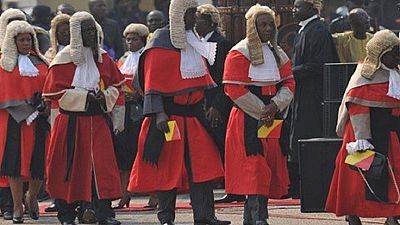 Ghana’s Supreme Court has ordered the government to produce an agreement with the United States (US) which led to the transfer of two former detainees of the Guantanamo Bay prison to the country in January this year.

The government through the Attorney General, Marietta Brew Oppong, had explained to the court that the agreement was a note verbal – a diplomatic communication written in the third person and unsigned – and was covered by an existing law, the State Secret Act.

The court on Thursday disagreed with the government’s position hence its order that the agreement be made available to lawyers for the plaintiffs for it to be subsequently admitted into evidence in the case.

The case started after two private citizens, Margaret Bamful and Henry Nana Boakye, sued the Attorney General and Minister of Justice together with the Minister of Interior over government’s decision to admit two former terror suspects without recourse to the law.

The two were seeking among other reliefs a “declaration that on a true and proper interpretation of Article 75 of the 1992 Constitution of Ghana, the President of the Republic of Ghana acted unconstitutionally by agreeing to the transfer of Mahmud Umar Muhammad Bin Atef and Khalid Muhammad Salih Al-Dhuby.”

Ghana’s government in an deal with the US agreed to accept the two ex Guantanamo Bay detainees. The decision however ruffled a wide range of Ghanaians who cited the country’s exposure to terror attacks through the action.

The two detainees were transferred to Ghana on January 6 as part of US President Barack Obama’s resolve to close down the Guantanamo Bay prison. The US Embassy in Accra has however assured citizens that the presence of the two posed no threat to the security of the country.