Over 240 Libyan soldiers killed in anti-ISIS combat in Sirte 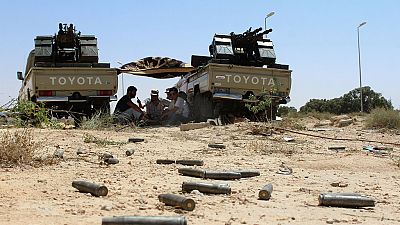 Over 240 soldiers loyal to the Libyan Government of National Unity (GNA) were killed in two months of fierce combat with the Islamic State (IS) insurgents, as part of efforts to takeover the IS stronghold of Sirte, according to a medical source.

Troops loyal to the GNA launched an offensive to takeover IS-held Sirte in middle of May this year. They succeeded in entering the city after three weeks of combat and besieged the militants.

The pro-GNA forces, however, were hampered by strong resistance from IS leading fighters who launched deadly attacks, including suicide car bombings. Most of their attacks led to casualties on the part of the pro-GNA forces.

The toll of martyrs after two months of fighting is 241 dead and over 1,400 injured.

“The toll of martyrs after two months of fighting is 241 dead and over 1,400 injured,” a medical source in the city of Misrata (200 km east of Tripoli) told the AFP. Misrata was installed as the command center of the military operation against IS.

“Some of the wounded are treated in Libya but others have been transferred abroad, to nearby countries such as Turkey, Tunisia and Italy,” the source added.

Sirte is a coastal city, some 450km east of Tripoli and had been taken over by IS insurgents after the fall of long time leader Muammar Gaddafi. His death in 2011 led to splinter governments and ruling factions across the north African country.

The IS had taken advantage of the chaos since the fall of Gaddafi to seize Sirte in June 2015.