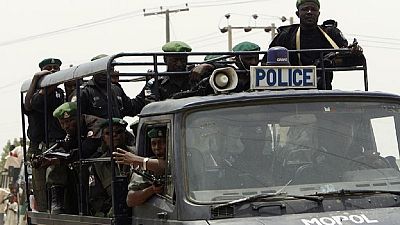 Police in Nigeria have arrested eleven gang members for their alleged involvement in the kidnapping of a Sierra Leonean diplomat last month in the northern Kaduna State.

Alfred Nelson-Williams, deputy Ambassador of Sierra Leone and defense attache at the embassy in Nigeria’s administrative capital Abuja, was kidnapped late last month (June 30) while traveling to a military ceremony. He was released on 5th July.

According to the police, the gang had also kidnapped a director of Dangote Group, one of the largest African companies.

The kidnappers, dressed in “military uniforms” staged a fake “roadblock”, police said in a statement. After the kidnapping, “they moved constantly in the forest to avoid detection,” a source told AFP.

Now back in Sierra Leone since his release, the diplomat revealed on Monday that he was abducted by men stationed at a checkpoint, armed with Kalashnikov assault rifles.

Such crude abductions are common in Nigeria, where the rich and powerful travel in armored cars or with police escort. Abductors have often requested huge sums to release their captives. In the case of the diplomat however, there were conflicting reports as to whether ransom was demanded.

The kidnapping phenomenon mainly affects the oil rich south, where many expatriates were abducted for ransom. But it has recently expanded to the north of Nigeria, where criminal gangs are increasingly becoming rampant.