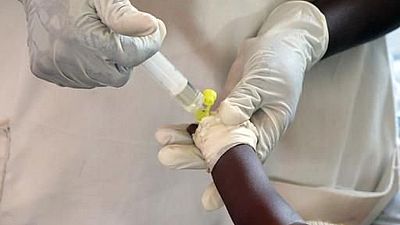 Médecins Sans Frontières/MSF (Doctors Without Borders) the international medical humanitarian organisation, reports that they vaccinated 350,000 people in the Democratic Republic of Congo, following a yellow fever outbreak in the central African country.

MSF however maintains that the outbreak of the disease which started late last year in Angola and spread to the Democratic Republic of Congo (DRC) is still not contained, their vaccination efforts is as part of prevention activities in both countries.

#DRCongo: Our teams vaccinated an entire city – 350,000 residents – against #yellowfever in 10 days. pic.twitter.com/KGuFJjRZYG

An MSF team overcame tremendous challenges in vaccinating a large urban population of 350,000 people, which required special resources and innovative approaches,’‘ MSF said in a statement.

Currently there is no cure for yellow fever, and prevention is essential to protect people and stop the outbreak. Today, MSF treats yellow fever patients and continues active health promotion and vector control activities.

The World Health Organization (WHO) recently revealed that due to diminishing vaccine stocks, one-fifth of the original dose could be administered in the case of emergency.

A yellow fever epidemic was declared in three provinces of the Democratic Republic of Congo by the country’s health Minister, Felix Kabange last week.

The move was necessitated by the fact that the country had recorded 67 cases of the disease. The affected provinces include the capital Kinshasa, Kongo Central and Kwango.