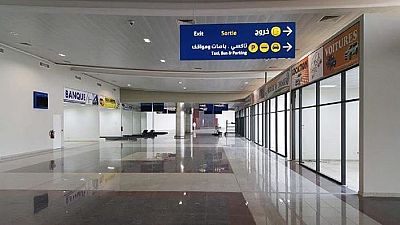 Mauritanian has inaugurated its new international airport in the capital Nouakchott ahead of the 27th Arab League Summit which will be hosted in the country in July.

The new airport which was commissioned on Thursday by the head of state, Mohamed Ould Abdel Aziz, has the capacity of receiving large aircrafts such as the Airbus and Boeing.

“It has a capacity of two million passengers per year, more than the old one and can accommodate large aircrafts such as the Airbus 380 and Boeing 780,” said the Mauritanian News Agency.

This infrastructure should be considered a source of pride for all Mauritanians because it is the largest project undertaken by Mauritania since 1960.

“This infrastructure should be considered a source of pride for all Mauritanians because it is the largest project undertaken by Mauritania since 1960,” Mohamed Lemine Ould Cheikh, Minister of Culture and spokesman of the government said.

The new airport is 20 km northwest of Nouakchott and facilities from the old airport has been transferred to the new one, the news agency reported.

The airport project was carried out by a private Mauritanian company Ennajah.

Meanwhile, the president of Mauritania also inspected works on the rehabilitation of the Nouakchott International Conference Center which will host the Arab League meeting, roads, hotels and residences under construction for the event.