The trial of former Malawian president Bakili Muluzi was adjourned last week, after the new prosecutor asked for 30 days to review the charges.

The lead prosecutor had recused himself in May.

“The prosecution team has now been reconstituted but they simply need time to look at the case as it were. With that and also with the sentiments that had been raised in the court in the past when we had asked for a discharge, that is why we have just agreed for the time to be given for them to reorganize themselves so that we can proceed,” said Muluzi’s lawyer, Tamanda Tchokhotho.

The delays on the case that began 10 years ago have been widely criticized and some see a political hand in stalling the process.

Political parties in the country have also expressed concern on the dragging case. Malawi’s Peoples Party (PP) spokesperson Kenneth Msonda said the delay to conclude the case is hugely costing the public, according to a Malawian media outlet.

Muluzi was first arrested in 2006 and again in 2009, on charges of stealing millions of dollars in donor funding, and many hailed his arrest as a bold move towards fighting graft in a country that’s been held back by corruption.

It has been alleged he diverted donor money from countries like China, Libya, Morocco and others into his personal account.

The Malawi Punch reports that Muluzi has however always denied wrong doing saying no foreign country would deposit donor money in a personal account. He claimed the case was trumped up for political reasons.

Nevertheless Muluzi is still considered a hero, after he dethroned former iron-fisted leader Kamuzu Banda in 1994, to take over as president up to 2004.

Analysts say graft is bleeding an already struggling Malawi economy that is grappling with loss of donor funds and falling export revenue from the key cash crop, tobacco. 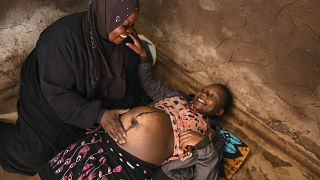