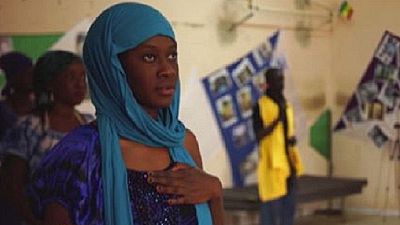 Senegalese youth have been showing interest in drama as a medium of passing across messages. But some of the drama clubs which exist in the country have been battling for recognition.

A drama group popularly known in Senegal as ‘Espoir de la Banlieue’ translated as ‘Hope of Suburbs’ has been encouraging youth to develop their skills in the acting domain especially those who are stigmatised.

“In the past we were faced with a series of problems. We never had libraries and we trekked for kilometres to read. We could not find real institutions to express our talent. Many things were missing thus we had to do something,” Mohamed Bachir, Artistic Director of ‘Espoir de la Banlieu’ said.

Drama is the mirror of life and I feel a sense of achievement when I am in front of people.

The various sketches focused on various aspects which have both positive and negative impacts on the society. Physical exercise has a great role to play in preparing the minds of the actors.

“Before any acting the body should be trained to become alert. The training should be both internal and external. The text represent just 30 percent of the work while 70 percent is made up of acting and body expressions,” group member Abdoulaye Mbaye said.

The comedians acknowledge gaining a lot as members of the drama club. The various themes handled have succeeded in changing the behaviour of the youth in Senegal.

“Acting has brought a lot of positive things in my life. My personality has been changed. It has helped me to become really matured. I feel very free while on stage. It is not really easy to be confident while acting especially when you are in front of thousands of people. Drama is the mirror of life and I feel a sense of achievement when I am in front of people,” Zeinabou Bah, a comedian with the drama club said.

Although from not well to do backgrounds, members have come together to pursue their dreams by acting in a passionate manner. The “Hope of Suburbs” drama club has so far assembled 17 comedians as well as 13 costume supervisors and technicians.