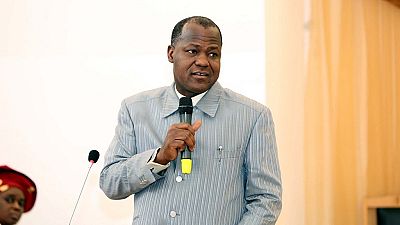 Nigeria’s House of Representatives is asking for more evidence from the United States following accusations of alleged sexual misconduct by three legislators whiles on a working visit in the United States.

The call was made by speaker of the House, Yakubu Dogara, who said in the view of Nigerian law and the legislature, the three accused persons were innocent until proven otherwise.

I got a letter from US Ambassador but there's no reference to any attempted rape. That's a social media creation.

Together with d US Embassy in Nigeria we ll get to d bottom of this matter and until then let's not be judgmental https://t.co/amXsY4FCmd

He acknowledged the receipt of a letter from the United States embassy but said, that was not enough grounds for instituting any punitive procedures against the lawmakers, hence the call for more evidence. ‘‘Under our laws an accused person is deemed innocent until proven guilty and he enjoys the benefit of any doubt,’‘ he said.

He further disclosed that the US letter had nothing to do with the issue of rape as was been peddled on social media, ‘‘I got a letter from US Ambassador but there’s no reference to any attempted rape.That’s a social media creation.’‘

He also cautioned against what he called ‘social media trial and conviction of members’ putting it at par with taking arms against the laws. He also called the allegations as ‘disconcerting.’

According to Dogara, lawmakers on official duties are ambassadors of the country and must not bring shame to the country. Beyond that, it was a diplomatic matter and not one to be resolved in the media space.

The three embattled lawmakers, Samuel Ikon, Mohammed Gololo and Mark Gbillah, are being accused by the US government of sexual misconduct while they were on an official assignment in Cleveland, USA in April this year.

My response to US amb. allegations: pic.twitter.com/Ner74Khwru

At least two of them, have publicly stated that the allegations are false and have expressed their intentions of going back to the United States to clear their names even if it is at their personal expense.