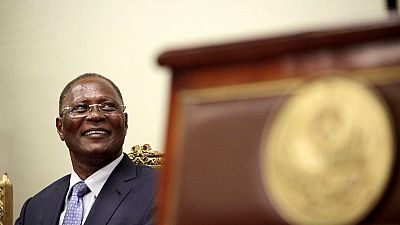 Haiti’s interim government on Monday imposed an overnight curfew a day before lawmakers were due to decide whether to extend the caretaker president’s 120-day term.

The office of Prime Minister Enex Jean-Charles said curfew since Monday evening 10:00 p.m. (0300 GMT) until Tuesday morning 05:00 (1000 GMT) was necessary to deter acts “against life and property,” especially in the capital’s metropolitan area.

Movement of any person or vehicle, other than those of the police and ambulance services, were prohibited throughout the territory of Haiti since Monday evening until Tuesday morning

At midnight we'll have a peaceful march with candles, which ends facing the National Palace, to say goodbye to President Privert.

A statement from the opposition movement led by former Prime Minister Paul Evans said there would be a peaceful candle-lit march at the National Place to bid farewell to President Jocelerme Privert.

“At midnight we’ll have a peaceful march with candles, which ends facing the National Palace, to say goodbye to President Privert” the statement said.

In February, Jocelerme Privert, whose mandate expires on Tuesday was elected as provisional president by parliament following the departure of former President Michel Martelly without a successor.

Haiti is in a deep political crisis since the electoral process was suspended in January, due to accusations of the opposition at the time, denouncing an “electoral coup” staged by Michel Martelly.

In the first round of presidential elections on 25 October, the government candidate, Jovenel Moses won 32.76% of the vote against 25.29% for Jude Celestin, who called the scores a “ridiculous farce”.

Faced with protests from the opposition and following the report of the Election Assessment Committee, concluding that the vote was marred with “massive fraud”, the authorities decided to cancel the vote.